All you need to know about this week's spectacular meteor shower

A long, multicolored Perseid streaks across the sky. © Wikipedia

The annual Perseid meteor shower reaches it's peak tonight as the Earth passes through the long trail left by Comet Swift-Tuttle.

Every year the Earth passes through the dust and debris Comet Swift-Tuttle leaves behind, creating the annual Perseid meteor shower.

As Earth moves through this cloud, the particles fall into our atmosphere creating spectacular streaks of light as they burn up.

This shower is named after the constellation Perseus, as the meteors appear to come from this point in the sky.

This year's shower is going to be spectacular, according to NASA meteor expert Bill Cooke who says that "instead of seeing about 80 Perseids per hour, the rate could top 150 and even approach 200 meteors per hour".

The shower appears to radiate from the Perseus constellation; look to the north east after midnight to 4am. 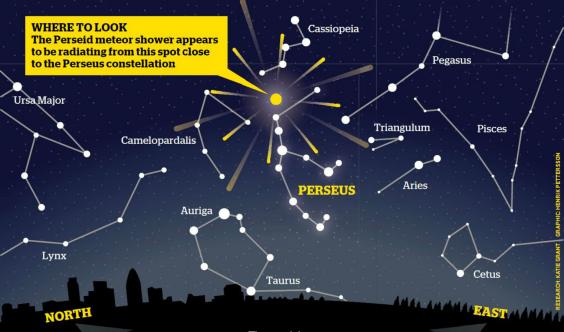 Stay home and help your funfair and circus

Stay home and help your funfair and circus

What comes to mind when you think of Easter for kids?

What comes to mind when you think of Easter for kids?