The cabin crew on a Turkish Airlines flight have received international recognition after helping to deliver a baby girl during one of their flights.

The baby girl's mother, Nafi Diaby, was apparently only 28 weeks pregnant when she went into premature labour onboard the aircraft.

Read Next: Things to do in Ireland

The dramatic incident happened shortly after the plane took off from Guinea's capital Conakry in west Africa on it's journey to Burkina Faso.

Baby Kadiju was delivered on Friday at 42,000 ft on board the Boeing 737-900 aircraft with both baby and mother healthy and happy.

The airline tweeted some pictures of the newborn alongside cabin and flight crew.

Expectant mothers are able to travel with most airlines until they are 36 weeks pregnant but usually require a medical cert once they are in their third trimester. 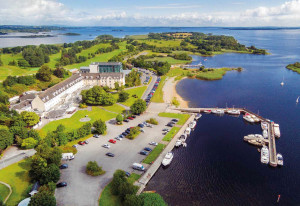