Jackpot: The winning Euromillions ticket was sold in Ireland

Ireland has a new multi-millionaire after one ticket-holder won the Euromillions lottery.

The jackpot was scooped by matching five numbers and two stars.

The National Lottery announced that there was only one winner, based in Ireland. However, no more details are known at this stage.

This will be the country’s tenth since the European lottery was first launched in 2004. 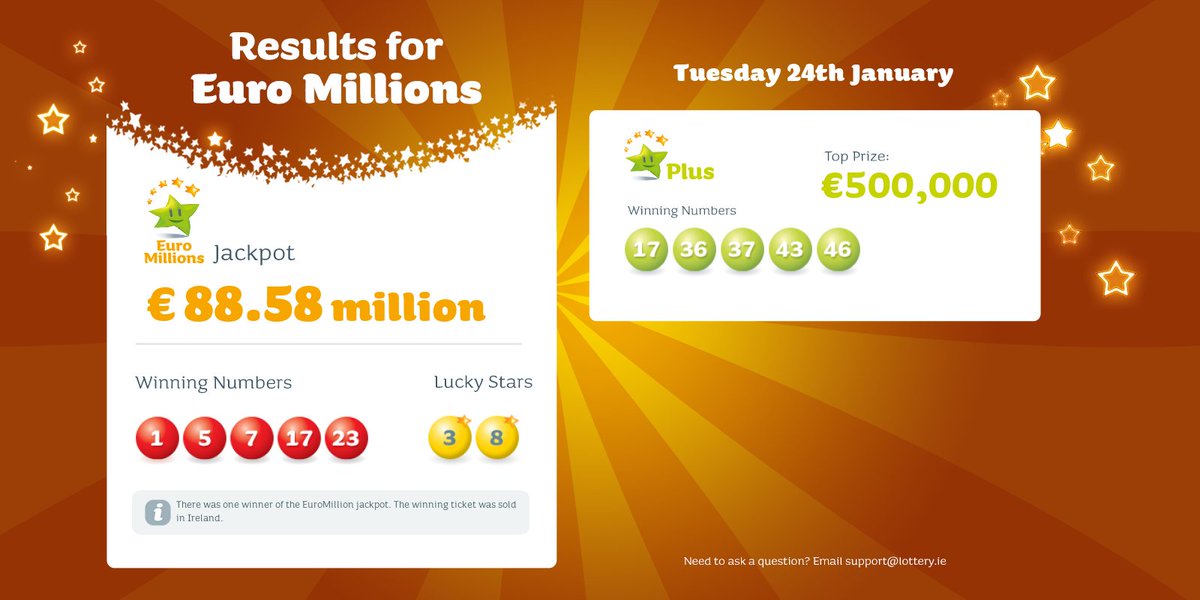 9 reasons why January is the worst month

9 reasons why January is the worst month