A selection of things to do around Ireland this weekend.

A lot more than just wax statues, the museum is full of fun, interactive exhibits that will keep active children entertained - an engaging way to spend a couple of hours this summer, just avoid the Chamber of Horrors if you want to sleep that night!

They are also offering up to 15% off all tickets - including your own Wax Hands - only with bookings on YourDaysOut during July & August.

Home to Ireland's longest Zipline as well as lots of other family activities including the Octagon, Tree Top Walk, Boats, Canoeing and Archery, the Discovery Park in Kilkenny is the perfect family day out that makes the most of the summer weather.

Now, with 20% OFF tickets on YourDaysOut - what are you waiting for?

A unique festival celebrating the fact that members of Presley family lived in Carlow until the 1920s with street entertainment, live music and lots on family fun on Main Street, Hacketstown this Sunday from 1pm.

Featuring over fourty aircraft from F-18s to Spitfires with displays from the Irish Air Corps, the Irish Coast Guard and the famous Red Arrows. On the ground, there will be a funfair, a food and craft village and lots of family fun.

The Foynes Air Show, on July 28th, joins forces again with the Bray Air Display bringing more aircraft, thrills and visitors than ever before to Foynes. The fun starts from 12pm with lots of street entertainment and finished at 4pm with live music in Museum Square.

The free fun-filled festival in West Waterford concludes over the weekend with lots of family fun in the festival sqaure on Saturday and Sunday, fire station open day, fireworks on Satuday night, Ardmore Open Farm and Zoo will be in the Beach Car Park field on Sunday and lots more.

The 51st Mary from Dungloe International Festival starts on July 28th and centres on the selection of the ‘Mary from Dungloe’ which brings young women from all parts of the world to the town of Dungloe in County Donegal.

In collaboration with the  59th Yeats International Summer School, the festival is inspired by the work of the Yeats brothers, Jack and William, and the landscape and stories that inspired them in County Sligo.

Celebrating the legend of the black pig, the festival include a weekend of fun events including performances from Mike Denver and Mike English, Céilí on the Square & Fireworks on Saturday and the Black Pig Party at the Pier on Sunday evening.

The Durrow Scarecrow Festival now in its 9th year and hosting the All Ireland Scarecrow Championship.  It’s a fun family festival with a difference and is not to be missed! It starts on Sunday with live music, workships, food & craft fair and more.

The festival concludes this weekend with the Swell Music & Arts Festival on Arranmore Island with performnaces from The California Feetwarmers, Ryan McMullan and Moya Brennan.

Last year, over 200 events took place in 33 venues with an attendance in excess of 210,000. This year's successful festival concludes this weekend with Jenny Greene and the RTE Orchestra.

Over twenty thousand people attend one of the largest and most successful open-air comedy festivals in Ireland. The year, another impressive line-up of international and Irish comedians will enterain in the Iveagh Gardens this weekend including Foil Arms and Hog, Katherine Lynch and Dermot Whelan.

A free, family-friendly world music festival, Hotter than July is back in Smithfield Square this Sunday 29th July for thre 5th year. Celebrating creativity and cultural diversity with high quality music performances from Irish-based and international acts from 3pm-8pm.

A fun filled weekend for all of the family at Wooly's Farm, with activities including Teddy Bear’s Picnic with Goldilocks, Teddy Hospital, Magic Show, Animal Petting, Thomas the Tank Engine,  Bouncy Castles and much more.

Inflatable obstacle course over 5k in Stormont on Saturday. Suitable for fitness fanatics and families, the huge inflatables test your agility and stamina while the water guns will just be a lot of fun. 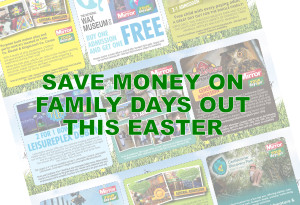 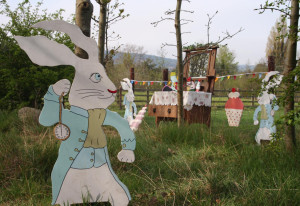 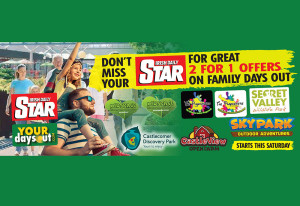